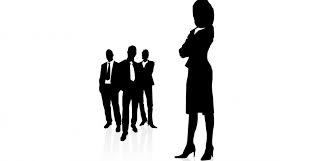 There are a lot of powerful women in the world today; from Thuli Madonsela to Angela Merkel, Christine Lagarde, Sheryl Sandberg, Gill Marcus, Marissa Meyer, Helen Zille and Ferial Haffajee to name a few. But taken in context gender inequality in both politics and business is still rampant with the 2014 Grant Thornton Women in Business: from classroom to boardroom indicating that the proportion of women in senior roles has stagnated at a mere 24% (the same result as in 2007, 2009 and 2012). The research shows that ‘more women are studying in tertiary education than men…but that just 21% of the typical global graduate intake are women”.

Kunyalala Maphisa, President of the Businesswomen’s Association of South Africa (BWASA) believes that, “Challenges that women may face and ultimately prevent them from climbing the corporate ladder are largely linked to management’s concerns over women potentially abandoning a career to focus on family life. Females may also be unfairly judged on their ability to juggle corporate as well as household responsibilities”.

Essentially it’s still (mostly) a man’s world out there but I’m passionate about the advancement of women in leadership as I believe that we have much to offer the world in all spheres of business (whether we’re mothers or not). Over the coming weeks I’ll be sharing the lesson’s I’ve learned from powerful women as well as looking at a few unique female leaders and their leadership styles so stay tuned.